Built in 1905, Stewart Elementary School was shuttered in 2013. A few years after its closure, the building was purchased and renovated by Morningside Group, turning the former school into sixty-four upscale apartments. Every classroom, even the gymnasium and cafeteria, were updated for modern living.

Even though the century old building had been repurposed, the Group wanted their new residents to understand and see what the previous life of the Stewart School Lofts had been. We spoke with Alison Solway, Marketing Manager with Morningside Group, who described the concept they wanted to put on display, “When we purchased the school, it had been closed for three years. We took some photographs that looked pretty grim. Those were probably not the best-looking way to show how your home looked before you lived in it.” 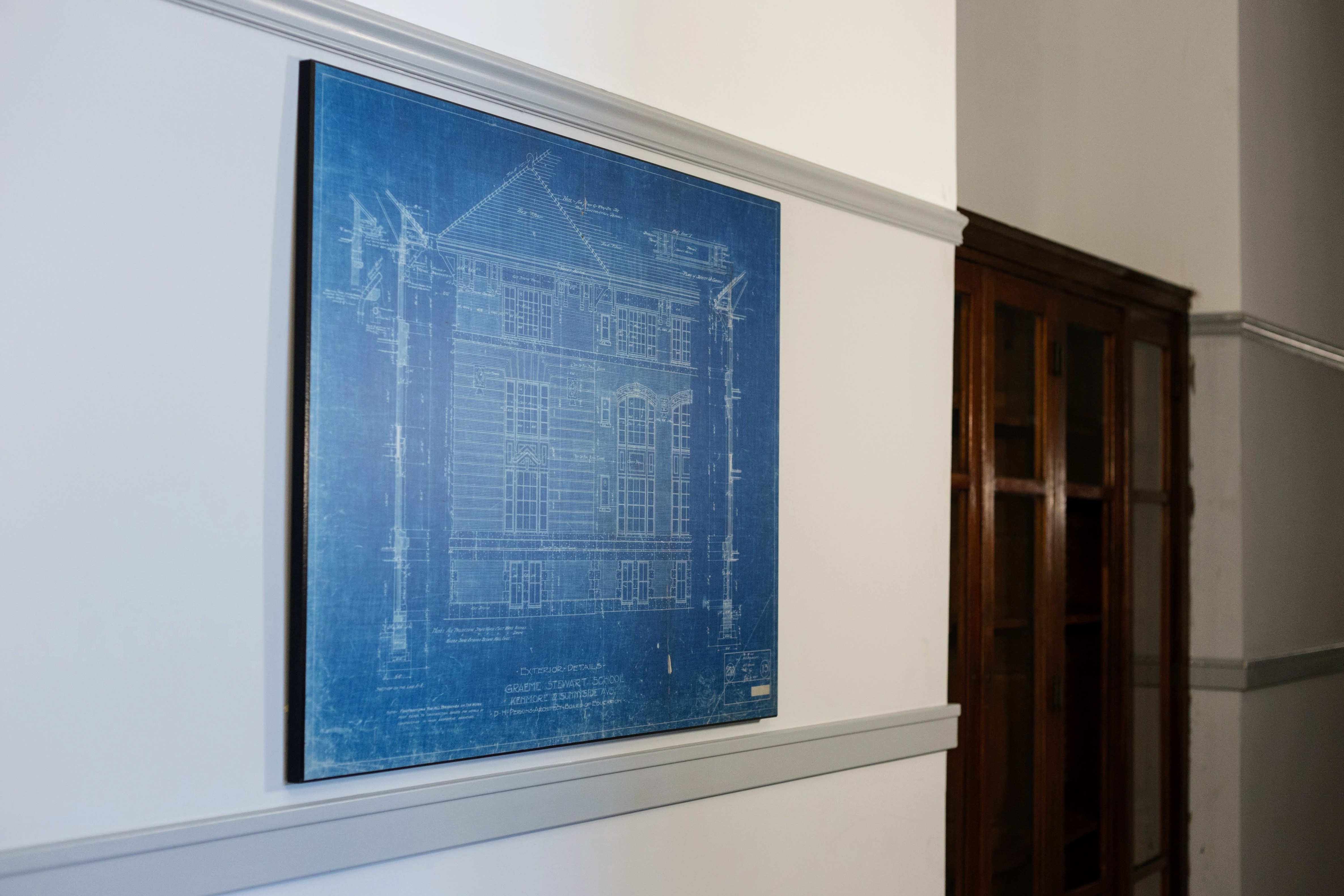 “The average person who lives there is into history, architecture, or design,” explained Alison. “The nature of the building lends itself to that. We knew people would be curious about what the school had previously been and what the intentions were for the layouts.” 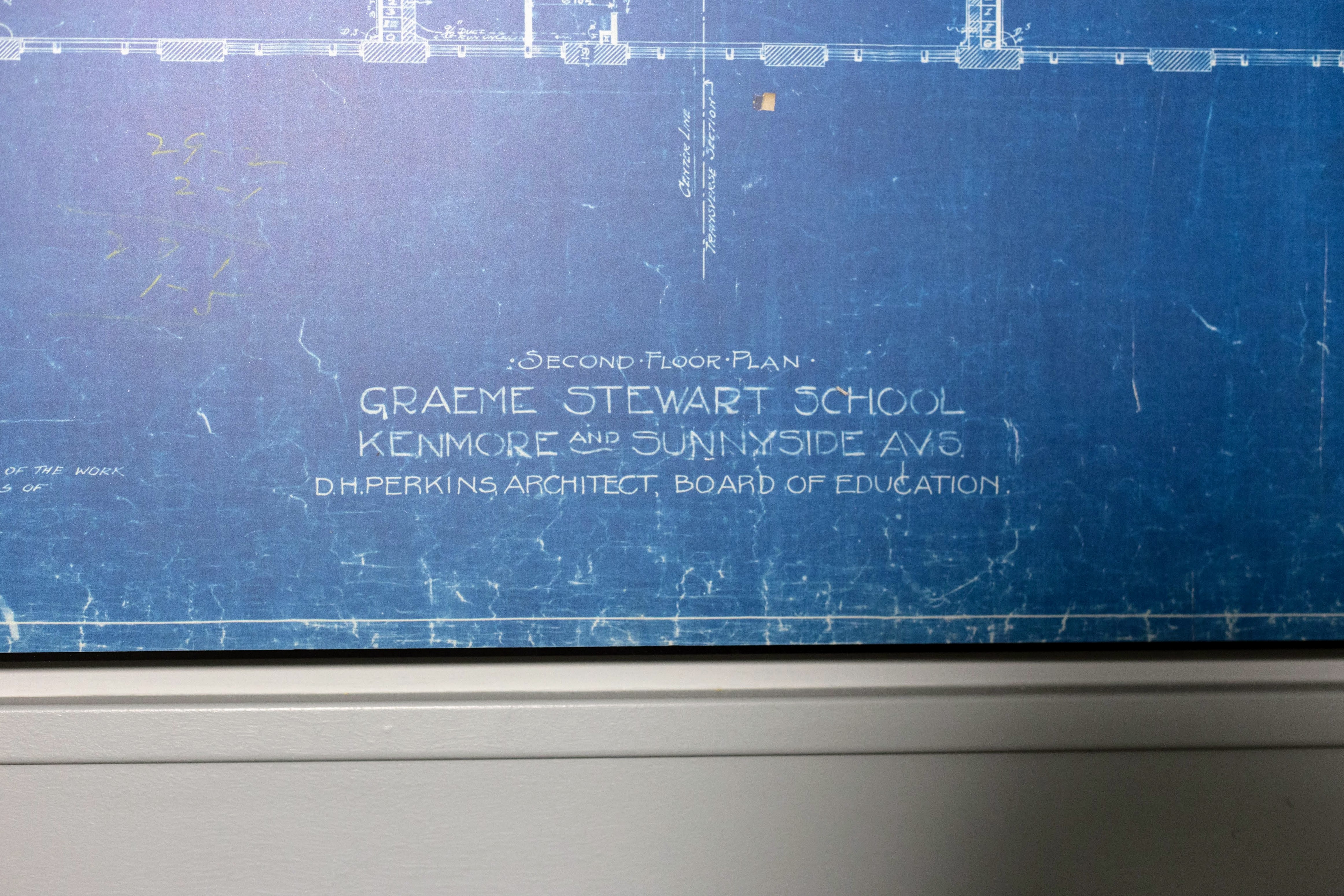 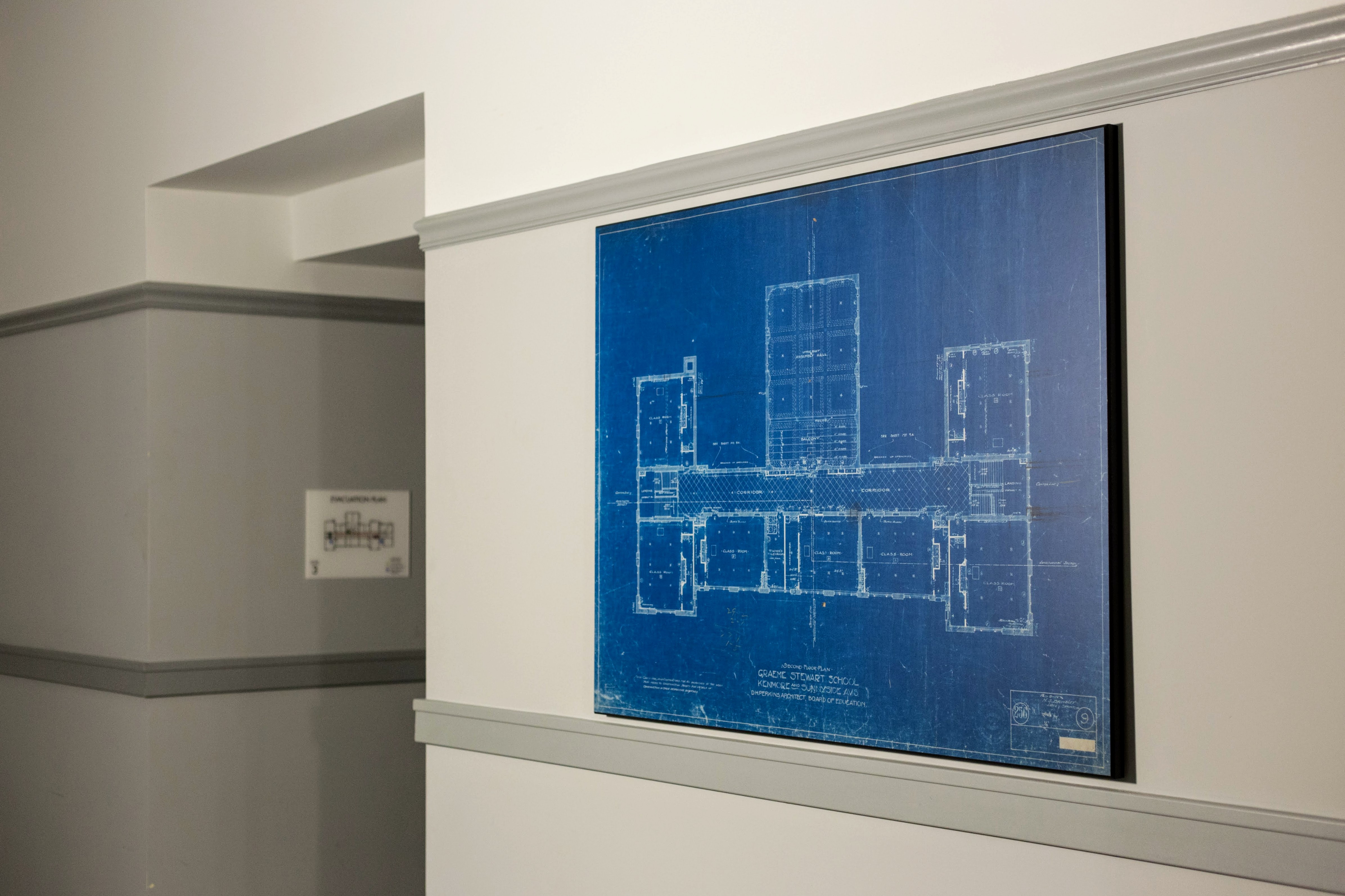 Despite furnishing the spaces with new plumbing, kitchens, and in-unit laundry, Morningside kept many aesthetic elements from the building’s school days. They incorporated the former gym’s twenty-foot ceilings and original striping on the basketball floor. The building has original architectural details, like ornate arched windows on the third floor, and the fifth floor attic units feature Mansard ceilings with graduated heights. Many classrooms units even include exposed brick walls and original chalkboards, further keeping a piece of the building’s character and history alive.

From the Morningside team to the residents, the response to the blueprints has been positive, “The older blueprints were in poor condition, so Artmill helped to make the images look crisper and more uniform. Everyone has been truly happy with them.”